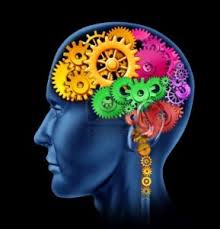 The term ?Multiple Intelligences? was first coined by Harvard psychologist Howard Gardner. His theory is spelled out in the 1983 book, Frames of Mind:

The Theory of Multiple Intelligences. In the book, Gardner posits that humans possess many varied types of intelligence, not just one.

This stands in stark contrast to IQ and standardized testing, both of which look at intelligence as a one-dimensional concept: you either have it or you don?t. While Gardners?s work is still somewhat controversial, I think it is a helpful way to frame intelligence and useful tool for choosing effective language learning methods and materials for oneself.

Gardner believes (as do I) that human intelligence is manifested in a number of different forms, including (though not limited to) the following seven categories:

Sadly, traditional education systems focus only on the first two kinds of intelligence, a fact that is especially true when it comes to foreign languages. Nearly all language courses, teachers and materials focus exclusively on linguistic intelligence (e.g. overt explanations of grammar, word usage, etc.). When people claim that they are not good at foreign languages, what I think they are really saying is ?I have low linguistic intelligence.? The good news is that it doesn?t matter!

Once you finish all the questions, they will provide a score out of five for each type of intelligence and offers suggested study methods and activities that suite your strongest intelligences. Most of the learning suggestions are related to reading and writing (since the survey is prepared by an adult literacy organization) but you should still be able to take away plenty of ideas on how to apply your multiple intelligence profile to all language learning tasks, including listening and speaking.